By Twelve50 Bikes - May 02, 2013
The Gravity Enduro circus parked up in Innerleithen in the Scottish Borders for  Round 2 of the series. Team Twelve50 Bikes went racing... 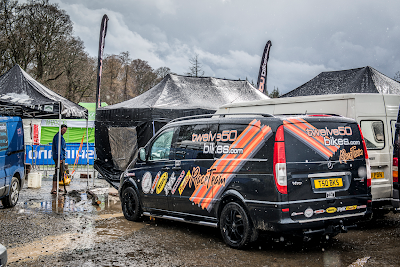 Since braving sub-zero temperatures and axle deep mud last time out, spring has sprung so surely we were due for some sunshine and dust, right?
No such luck. We were treated to wind, rain, sleet and snow. The pits flooded while we were setting up and we had to cut drainage channels into the pits, but hey, this is racing in the UK and we had our trusty Webber grills and a new fire pit to keep warm, so all was good. Anyway, what did we expect?

The hill at Inners is legendary for the web of  technical trails that criss-cross it and has seen many a downhill race. It's a big loop too, with riders taking around five hours to get around the stages. These are tough tracks, and if Round 1 favoured those who could pedal the hardest, then this time out riders would have to be on top of their technical game too.
So, the stages... 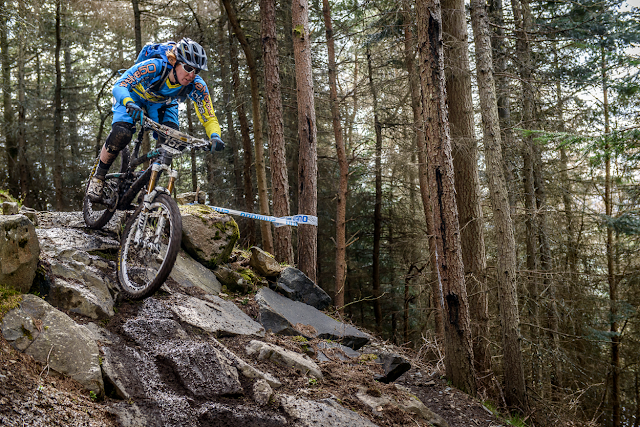 Stage One
This was pretty much a straight up downhill track. Steep and rooty, this was a full-on start to the day and probably the most fun of all the stages. It was also the shortest.

Stage Two
This was where it got tough. After a flattish start through the trees with muddy, rooty turns, the track opened out through rocks and stumps. Getting through clean was hard, just pick a line and hold on! Across a fire road and into the mental lower section - muddy whoops everywhere. This was a fast section, but get it wrong and you were over the bars and into the trees as many were...

Stage Three
Starting on top of Minch moor, this started with a big old pedal with a headwind followed by a climb (thanks), into a fresh cut wooded section. It's fair to say that this wasn't a particular favourite track of anybody. 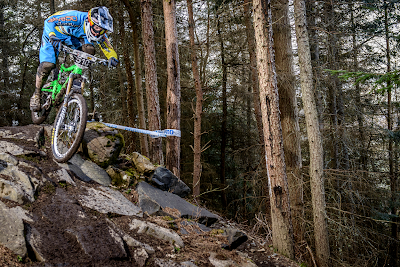 Stage Four
In a word, brutal. Deep muddy ruts, roots, stumps and rocks - and that was just the first 30 seconds! Another tough pedal on a trail centre section before dropping in to the lower part of the course and the hardest section of the day. This was really steep, off camber and muddy and just getting through clean was a feat in itself. At the end of an eight minute stage this was easier said than done.


Stage Five
More straightforward than the other stages, this started with a flat out section of downhill track before using more surfaced trails down Caddon Bank and back into the arena with some nice jumps with plenty of pedaling in between.

Saturday was practice and seeding day. Many had opted come up on the Friday to practice early and have an easier day on Saturday. This turned out to be a wise move as it was such a physical course, the extra rest was a definate advantage. 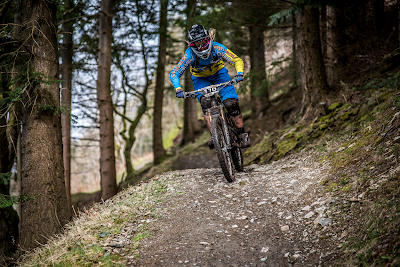 Seeding went OK for the Twelve50 team and all qualified in touch with the field and without any incidents. Russ and Des then produced a gourmet feast from the grills of Beer Can Chicken and BBQ pork! We might not have won anything yet, but we're definitely the best fed team in the pits... The sun even came out for the evening, just time for a couple of ciders and an early night.

Race Day.
Riders started setting out on course around 9am knowing that they had a tough day ahead of them. Transition times between stages which had been easily managed the day before were getting tighter and tighter as riders got more tired. Many ended up with time penalties after missing their start time.


So how did we do? After a podium last time out, Cheri Mills (Elite Women) had a good ride but just missed out with a 4th spot. Dave Read bagged 9th in the super competitive Masters category despite a couple of big crashes, with Rick Minshull just out top 20 in 21st and Ian Sidebotham in 54th. Nicole Mallet moved up three places from her seeding time to finish 4th in Senior women, in only her second race and Russ Cosh and Ross Adams (Veteran) slugged it out for 24th and 29th respectively. 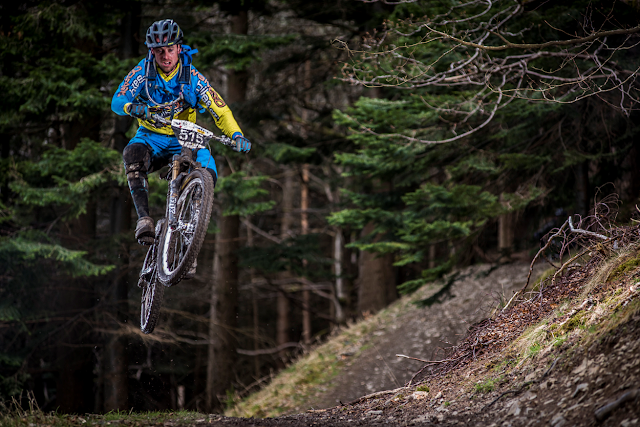 The Elite mens cat was won by local rider Mark Scott, with Neil Donoghue 2nd and Al Stock 3rd.
Tracy Mosely won the Elite womens with another impressive ride.
Big, big thanks to all of our sponsors, Fox Europe, Mavic, Osprey, Renthal, Fibrax, Powerbar, Maxxis and Weber.
Thanks also to Steve Parr and his team for another fantastic event. Gravity Enduro really is going from strength to strength in the UK right now.