Showing posts from August, 2011
Show All

Well it was all the way back in July now, seems like yesterday though!! There was three in our van, Myself (Matt), Ross and his wife Nikki (Someone had to look after us ha ha!) And we met some of the guys from IMB magazine out in Morzine before heading to Alpe D'Huez!  Ready for the off at Dover.... a nice long over night drive ahead! It didn't seem to take long at all, and we were soon in Morzine at the Chalet that IMB magazine head honcho Rou had sorted for us all (Cheers Rou!) We didn't waste any time, we were un-packed and ready for a quick blast on the hill at Morzine, the boys had left us to have a nap after the long drive, but we wanted to get out!! Bikes ready..... off we go!! It was time for an afternoon on the big bike.... NukeProof Scalp After a few days blasting the French and Swiss DH runs, it was pack the van time and off to Alpe D'Huez...... and the Megavalanche!! It wasn't long before we had a few practice runs on the Qual
Post a Comment
Read more 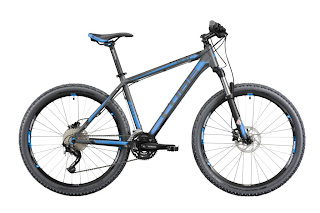 We will be taking delivery of the new Cube Acid 2012 in Grey/Blue next week, what do you think? We love it! Great spec and a great price at £769..... Buy Online or call in to see us!
Post a Comment
Read more 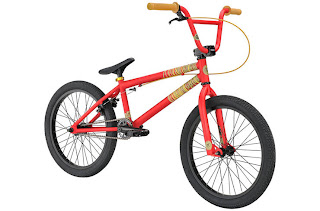 It's taking a long time, but we are slowly getting more products on the web shop! Today we now have some KINK BMX's on there for you..... Here's what we have got in stock now...... other models available to order and can be in the shop within a couple of days!! You can BUY ONLINE or call into the store....
Post a Comment
Read more 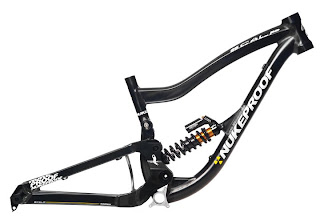 Cube have been refining their bikes all the way through the range, and the new Analog has had a few upgrades for 2012 too..... New to Mountain Biking, need a bike with great equipment and for a good price?? Look no further.... The Analog has been upgraded for 2012, with the new RockShox XC28, this is a much needed upgrade over the old Suntour fork it used to have. And it also gets a new set of brakes from Shimano! If you are new to biking and want reliability, great functionality and a good looking bike that's made to last.... this is the one for you!! Buy it now in ONLINE SHOP or call into the store....
Post a Comment
Read more 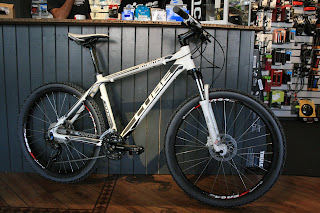 Well Cube haven't dissapointed again, the new 2012 Attention is a great value bike!! This year see's the bike get a nice fork upgrade to a RockShox XC28, and it also goes 10speed!! It even gets a better wheel set than last years bike. This is surely one of the best value XC bikes out there....... All for £679, check it out in the ONLINE SHOP or pop into the store....
2 comments
Read more

By Twelve50 Bikes - August 13, 2011
The very last Stereo we will see until the new models arrive later in the year! This bike has got a small chip in the paint on the top tube. We can send you a picture if you want to see it!! Buy it now in ONLINE SHOP or in store.......
Post a Comment
Read more 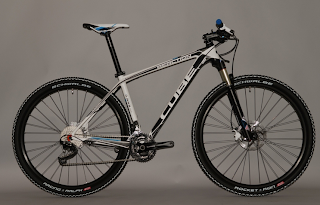 Cube's 2012 catalogue will feature ten models, including electric 29er Cube is to introduce 29-inch wheeled complete bikes into its catalogue for the first time this year, with the introduction of ten models. Until now, Cube has been unable to produce a product that it has been satisfied with, stating that fork manufacturers had been unable to supply a product with the correct geometry and offset to work with Cube's Agile Ride geometry. In 2012, the following models get the 29er treatment: Analog 29, Acid 29, two models from the popular LTD-series: LTD Pro 29 and LTD SL 29, the Reaction GTC Pro 29, Reaction GTC SL 29, AMS 29, AMS 29 Race, Elite 29 Super HPC and theelectric build, the EPO 29. Having overcome a number of obstacles, Cube now has a system, which it says works accross its entire 29er line. The Agile Ride geometry solves issues relating to longer chainstays, a higher centre of gravity and the longer wheelbase. What do you think people??? Is the 29er revoluti
Post a Comment
Read more

It's all go this week...... the new Cube Acid 2012 Model has just landed in Black/White colours, looks very nice again! And priced at £769, with a nice spec increase..... another excellent value bike!! This years bike see's an upgrade on the old Dart fork to a nice RockShox Recon Silver with remote lockout. Available to buy in the Online Shop now and in store!!  With a nice new XT 10SPD Rear Mech (Below)  RockShox Recon Silver and Shimano Brakes for 201, and white hub to pimp it out!
Post a Comment
Read more

NukeProof Mega Frame - Back in stock!! 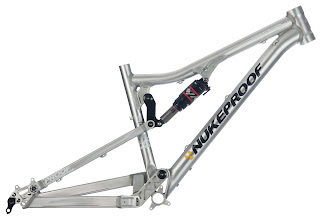 Form an orderly queue folks...... we have just received one more of the awesome Mega frames in SILVER and size MEDIUM....... won't be here long..... Check it out in the ONLINE SHOP
Post a Comment
Read more 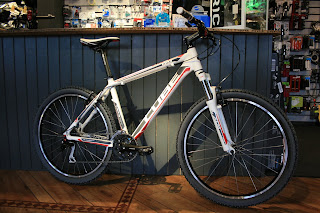 Well they're in stock now, on display and also on the web shop to buy online! The Cube Aim 2012 model, and we think it looks even better than the 2011 model. Two colours again this year, one is White/Grey/Red and the other is Black/Grey/White . Fingers crossed the new Acid, Attention and Analogs arrive next week..... stay tuned!!
Post a Comment
Read more

By Twelve50 Bikes - August 04, 2011
After many requests, we now stock High5 Electrolite tablets! They come in tubes of 20, should keep you going for a while!!
Post a Comment
Read more

By Twelve50 Bikes - August 03, 2011
The 2012 Cube Aim has just landed in the shop in the new colours, they still do a nice Black/Grey option, but the new colour is White/Red/Grey, looks awesome! And all for £399, still no price for some bikes from CUBE Bikes! We will get some pictures up as soon as we can, and get them on the web shop!
Post a Comment
Location: Frodsham, Cheshire West and Chester, UK
Read more